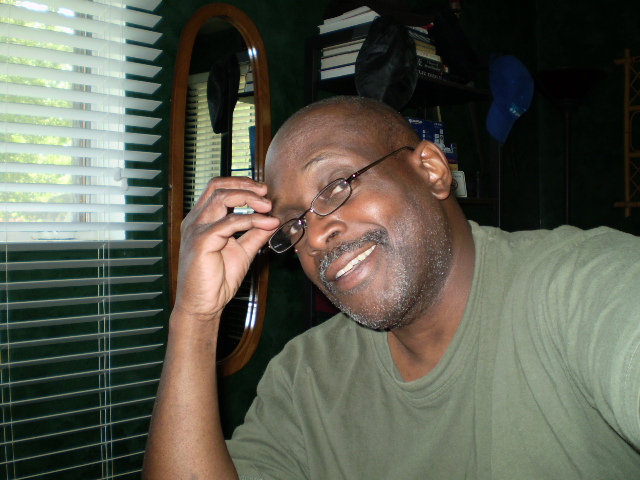 First and foremost, I am nobody special. I am no better than the next man and I feel truly honored to be able help anyone I can. I was born on Chicago's Southside and managed to avoid many of the  'pitfalls' of growing up in "da hood". I attended Northwestern University and did a stint in the Army as an Intelligence Analyst. After a failed first marriage, I returned to Chicago...and this time did not avoid the "pitfalls" of the streets. In fact, I fully embraced them. And for over ten years, I "wandered" aimlessly in the jungle.  I was both... predator and prey... depending on who you ask. My life was in turmoil and was spiralling downward everyday. Each hour my own self destruction was becoming more and more prevalent. Then it happened....I found myself truly at "rock's bottom". I had no job, no home, no money, no friends...no nothing !!! That's when GOD (YAH) had my undivided attention. I 'm a living witness that if you allow GOD (YAH) full access...he'll definitely come through for you. It took me about a year and a half...but then GOD (YAH) put me back in my rightful place. I'm thankful for my street experiences...because they enable me to understand what's going on with most of the folks I minister to. You see...I was once where they are now !!! In 2006, I was fully ordained and I promised my Creator that I would dedicate my ministry to reaching out to the "forgotten ones"; the homeless, the drug addict and the convict. My ministry is nondenominational, unorthodox and nonjudgemental in nature. In fact, I make a lot of "mainstream ministers" feel uneasy. And I will continue to do so....!!!  I was given the nickname, 'The Rebel Reverend', by a group of homeless men who appreciated my sincere, unpretentious straightforwardness. I've been told on several occassions that I "speak the language" of the street....!!! That's interesting...because Jesus (Yahoshua) also spoke the "language" of the common man and walked among the less fortunate. So...I guess I must be on the right track !

(Note:  I'm a Living Witness that The Creator always has a bigger Plan for our lives. It doesn't matter what you did in the past or how unworthy you feel about receiving Blessings.  I have just begun working on my Doctorate in Comparative Religion. I would have laughed in your face , years ago, if you had told me I would be on this Path today! What's The Creator's Plan for you ? You might be surprised...)

As a child, I  attended Progressive Baptist Church on Chicago's Southside. Some years later, I was ordained a deacon under Rev. John R. Foulkes at Parkway Gardens Christian Church . I ran away from my calling for almost 20 years until finally embracing it in late 2006. On November 5, 2006 , I was fully ordained as a minister.  Since then , I've wholly  concentrated on my own grassroots ministry which definitely does not adhere to the status quo. In fact,  I make a lot of  local mainstream ministers nervous and rightfully so. I constantly challenge hypocracies that I see and I ask a lot of uncomfortable questions.  All in all,  I am truly  thankful to be in the position that I'm in today. I thoroughly love helping everyone and counseling those who are downtrodden or depressed. It is my true calling and I'm glad I finally answered it. It is my constant prayer that I can be of some comfort to someone.